Similar to other federal Alzheimer’s Disease Centers (ADCs), we submit an application to the NIA every five years in response to its Request for Applications (RFA)  for specialized research centers on Alzheimer’s disease and related disorders. The competitive application process is first reviewed by a selected panel of peer reviewers for the highest scientific merit (generally the top-half of all applications submitted), and applications that are assigned the highest priority scores will then receive a second-level of review by the National Advisory Council on Aging.

Applications for ADCs are evaluated for scientific significance & past productivity, cutting-edge approaches & innovations to Alzheimer’s disease discovery, the experiences of center leaders & investigators, and the support of a high-quality scientific facility & environment for collaborative work.

Reviewers also look for evidence of sound policies for the protection of human subjects and animals from minimal research risk, the inclusion of women and minorities in research, standards to ensure that researchers are not biased by conflicting financial interests, biohazard safety plans, and compliance in the sharing of center resources with approved scientists and authorized public archives such as the National Alzheimer’s Coordinating Center, the National Cell Repository for Alzheimer’s Disease and the PubMed Central library.

The most recent RFA (“RFA-AG-19-001”) that our Center had submitted a successful application to may be found at https://grants.nih.gov/grants/guide/rfa-files/RFA-AG-19-001.html. In response to this RFA, our P50 Specialized Research Center became a P30 Center! 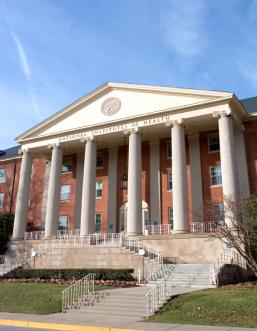