The history of the federal Alzheimer’s Disease Centers (ADCs) program began in 1984, when the United States Congress directed the National Institutes of Health and in particular, the National Institute on Aging to pursue further research related to Alzheimer’s disease.  The ADC program is authorized by the Public Health Service Act, Section 445 and now includes approximately thirty of such specialized research centers throughout the United States.

The original five ADCs were based at the following institutions:  Harvard University, Mount Sinai Medical School, University of California at San Diego, University of Southern California, and Johns Hopkins University. For an interesting overview of the Alzheimer’s Disease Centers program’s history, please check out the attached Connections newsletter.

The Massachusetts ADRC was officially established on September 28, 1984 by our Founding Director, Dr. John H. Growdon, and it remains one of the two original ADCs (the other being the ADRC at the University of California at San Diego) that have been continually funded by the National Institute on Aging since the ADC program inception.

Our Center started as a multi-institution consortium of the Massachusetts Institute of Technology and several Harvard Medical School-affiliated institutions, including the Massachusetts General Hospital, the Brigham and Women’s Hospital, the Beth Israel Hospital (now known as the Beth Israel Deaconess Medical Center), the Harvard Division on Aging, the Hebrew Rehabilitation Center for Aged (now known as the Hebrew SeniorLife), the McLean Hospital and the University of Massachusetts Medical School at Worcester.

Dr. John Growdon served as the Director of the Center from 1984 until April 1, 2006, when he was succeeded by Bradley T. Hyman, MD, PhD. Dr. Growdon served as the Center’s Clinical Core leader from 1984 until January 2012, when he stepped down in favor of Deborah Blacker, MD, ScD, and M. Teresa Gomez-Isla, MD, PhD, as the new co-core leaders of the Clinical Core.

John W. Rowe, MD, the founding director of the Harvard Division on Aging and the then Chief of Gerontology at the Beth Israel Hospital, established our Education and Information Transfer Core leader back in 1984. The Core was later led by Lewis A. Lipsitz, MD, from July 1 1988 until he was succeeded by Reisa A. Sperling, MD, MMSc, on April 1, 2011. Dr. Sperling in turn led the Core until April 2014, when she was succeeded by Drs. Deborah Blacker and Dorene Rentz.

On April 1, 2006, Bradley T. Hyman, MD, PhD became the Director of the Massachusetts ADRC and he continues to lead our Center’s commitment to the mission of the nation’s Alzheimer’s Disease Centers program.

Under the leadership of Dr. Hyman, our Center’s mission remains steadfast to the original program objectives and scope of the original Call for Application from the National Institute on Aging:

Support Our Search for a Cure

The Massachusetts Alzheimer’s Disease Research Center is at the forefront of dementia research and care but our innovations in basic, translational/clinical research and commitment to bring insights from ‘bench to bedside’ also depend on the support of generous donors, patients and their families, and you.

There are a variety of ways to make a gift to our Center, including making an online gift on our secured website. Our dedicated community of scientists and clinicians are thankful for your interest in our endeavors, and we invite you to support us on the journey. 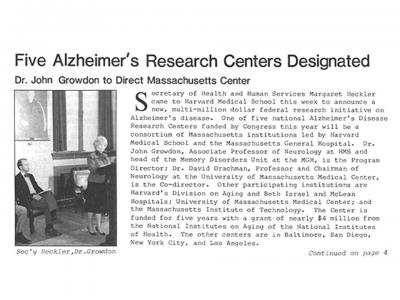 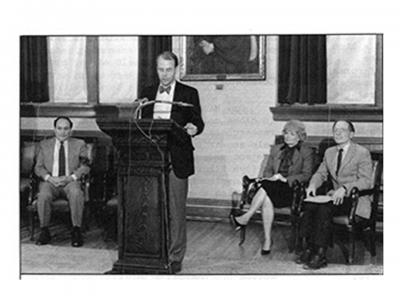 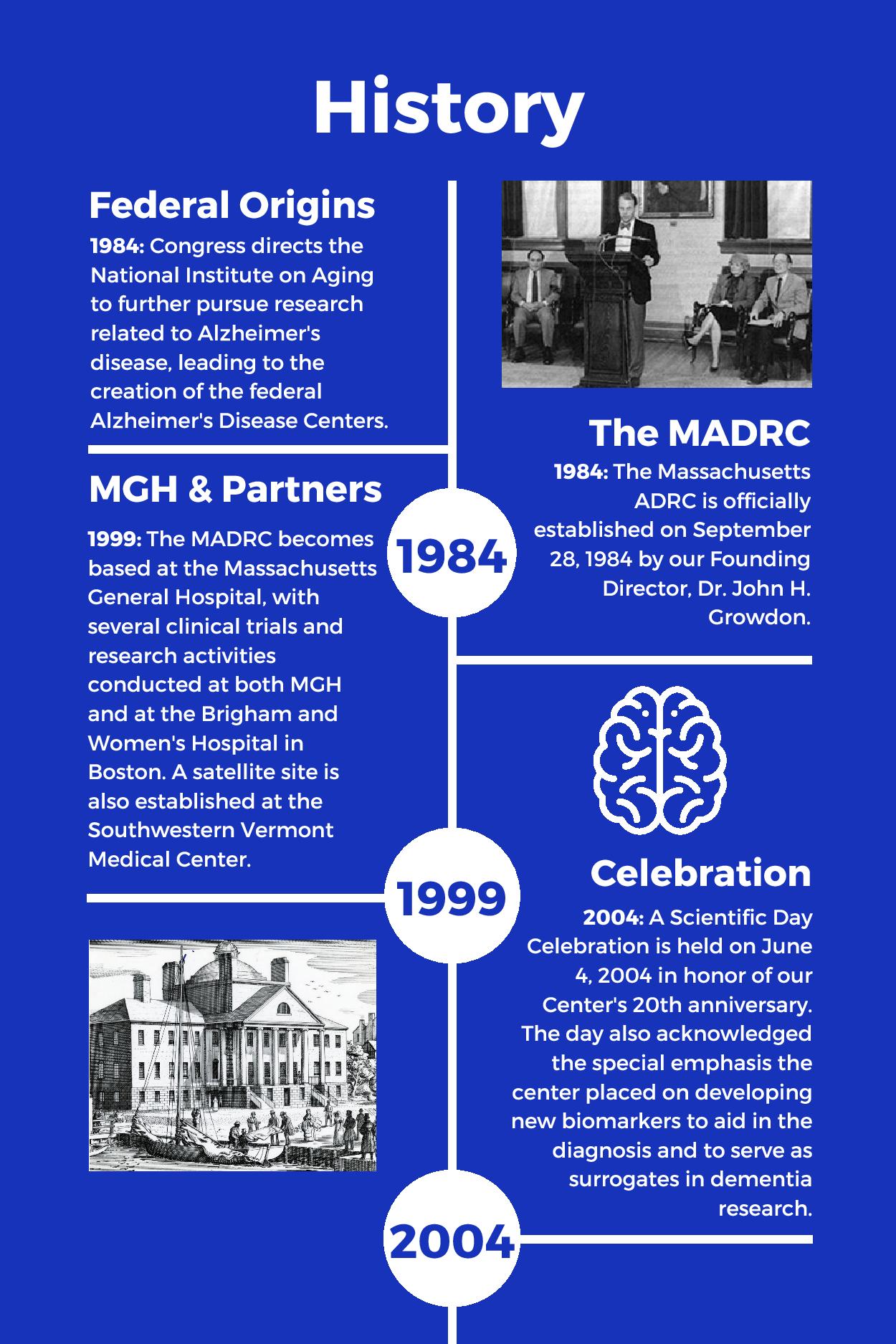 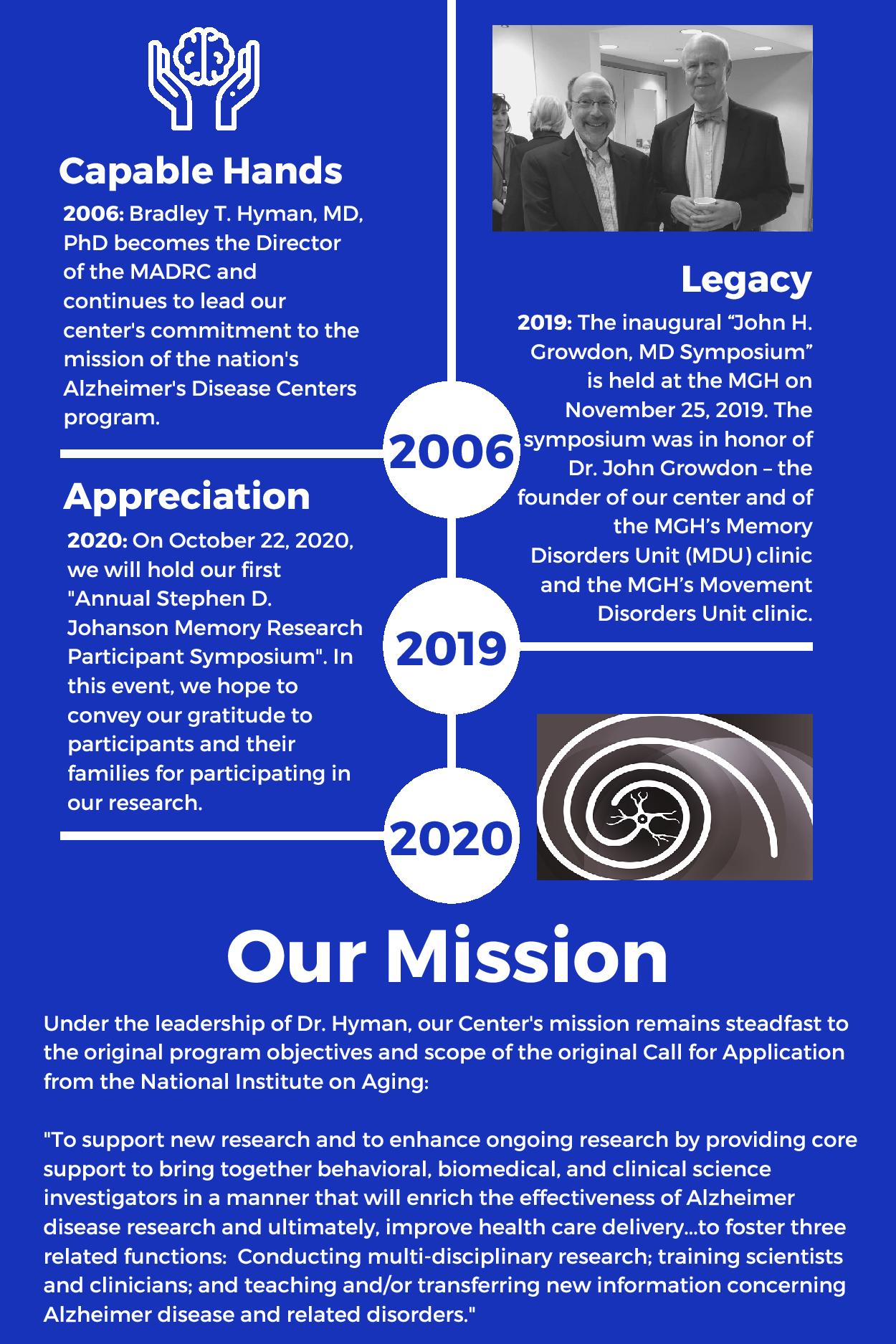